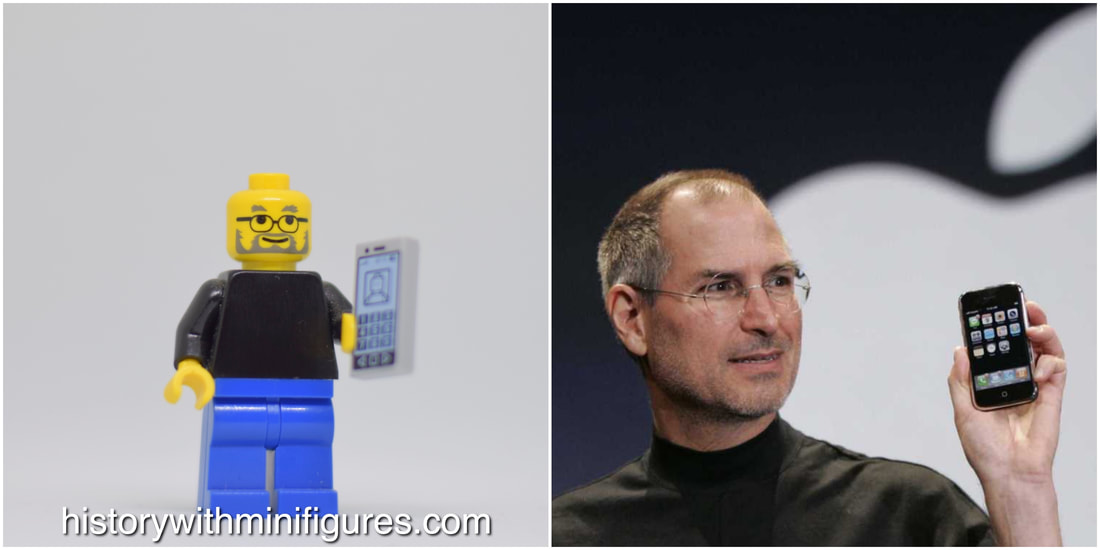 Date: 29-06-2007
Steve Jobs is (together with Steve Wozniak) the founder of Apple Inc. At the end of the 70's they had their first big succes with the Apple II computer. One of the first computers that could actually be used at home.
In the years that follow, the Apple company has its ups and downs and at some point in 1985, Jobs was forced to resign from Apple.
Twelve years later in 1997 Steve Jobs was brought back to Apple as CEO and he changed the course of the company forever.
In 2001 Jobs presented his first big innovation, The iPod. A revolutionary mp3-player that could store more than 10.000 songs. That was the beginning of the end for cd's and tapes.
Steve Jobs was known to be a charming and brilliant innovator and businessman, who involved himself with every small detail of his products. He was also known for his huge temper when one of those details wasn't up to his standards.
Sadly, Steve Jobs died four years after the introduction of the iPhone, in 2011 of cancer and left a company that is one of the biggest tech companies in the world with a net worth of billions of dollars.
Did you know?
Steve Jobs was also co-founder and CEO of Pixar Studio's? One of the most successful animation studio's in the world.
Location:
Apple's headquarters are located at Cupertino, California, United States
Get more info on Wikipedia.
Next minifigure