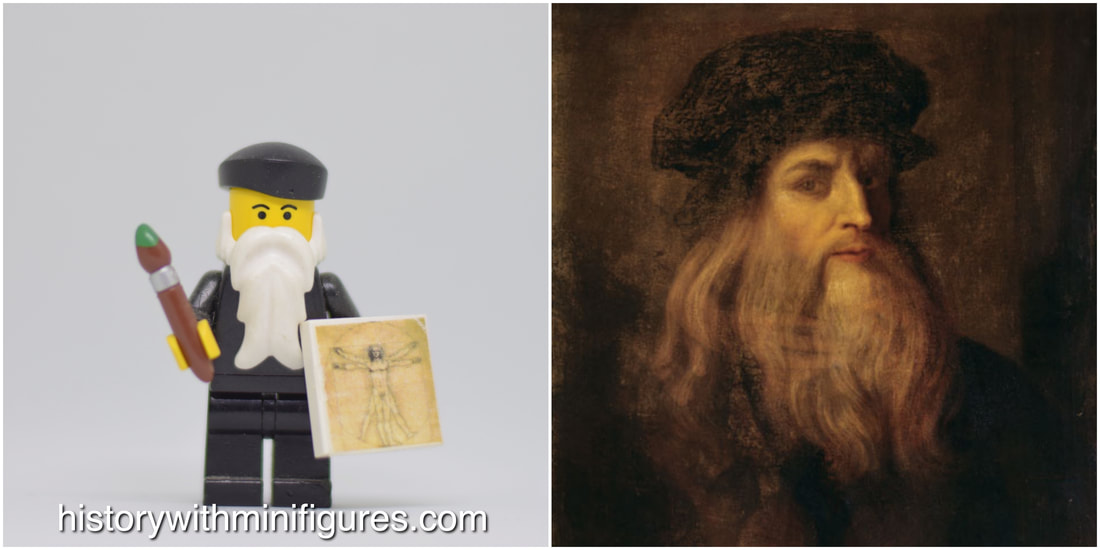 Date: 1503
Scientist, architect, philosopher, engineer, anatomist, composer, writer, inventor, Leonardo Da Vinci was a man of many skills!
Leonardo is one of the most important people who contributed a lot during the Renaissance. He studied the human body, and made a famous drawing called the "Vitruvian Man". He dreamt of letting people fly and even tried to make a flying machine that made an actual test flight in January 1496, which was an utter failure! 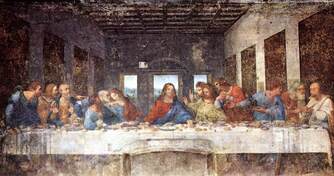 The Last Supper (1490s)
Did you know?
Although we nowadays consider Leonardo Da Vinci a true genius, did you know he never had any formal education? He earned the basics of reading, writing and math but everything else, he taught himself!
Location:
The Mona Lisa can be found at the Louver, Paris, France.
Get more info on Wikipedia.
Next minifigure