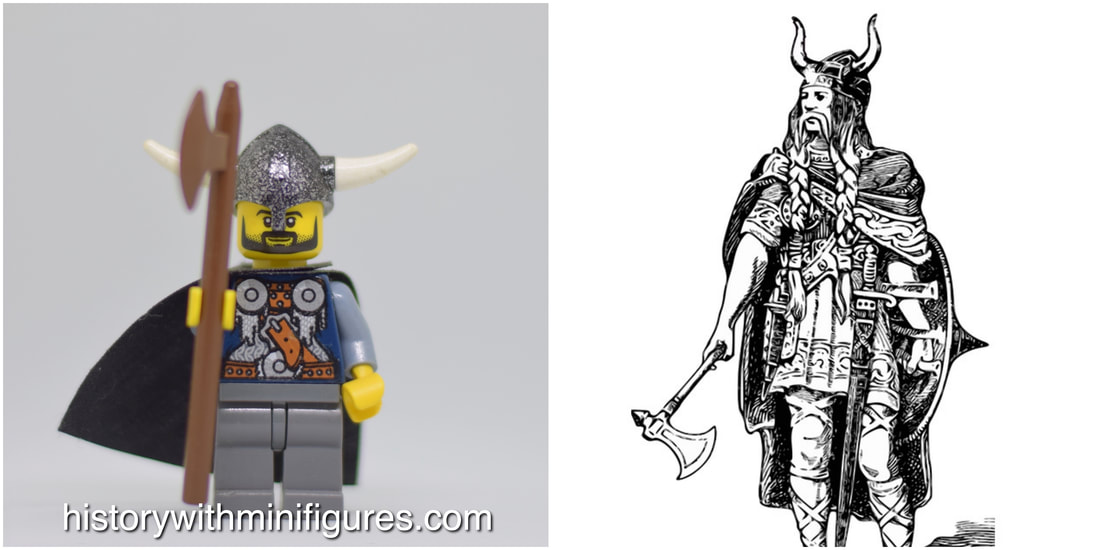 Date: 911
Rollo was a Viking born around the year 860. Some historians think that is nickname was "The Walker" because he was such a big, strong and tall man, that no horse could carry him. Rollo was one of the Viking leaders who besieged Paris in 885. After King Charles III made a deal with the Viking army to move on, Rollo remained in France to make sure Charles kept his promises. Of course Rollo kept plundering French cities. Like Rouen for example.
In the year 911 Charles got so fed up with Rollo and his actions, that he promised Rollo to make him the Count of Rouen on the condition that Rollo would protect the province against other Viking invasions. Rollo accepted and became the founder of the "house of Normandy". Because his people where also known as Normans. He became a loyal servant of the French throne and was succeeded by his son William Longsword.
The French province Normandy exists to this day. 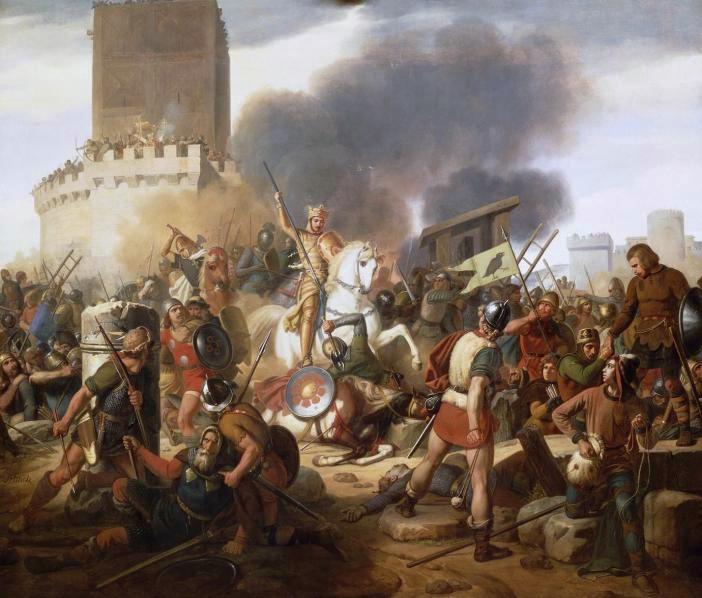 Siege of Paris by Jean-Victor Schnetz
Did you know?
Vikings are frequently portrayed wearing helmets with horns. For the most part, this is a myth because horned helmets are very impractical during battle. A helmet like this could be easily knocked off your head. If these helmets existed at all, they were probably only used on ceremonial occasions.
Location:
Rouen is a French city in Normandy, France.
Get more info on Wikipedia.
Next minifigure