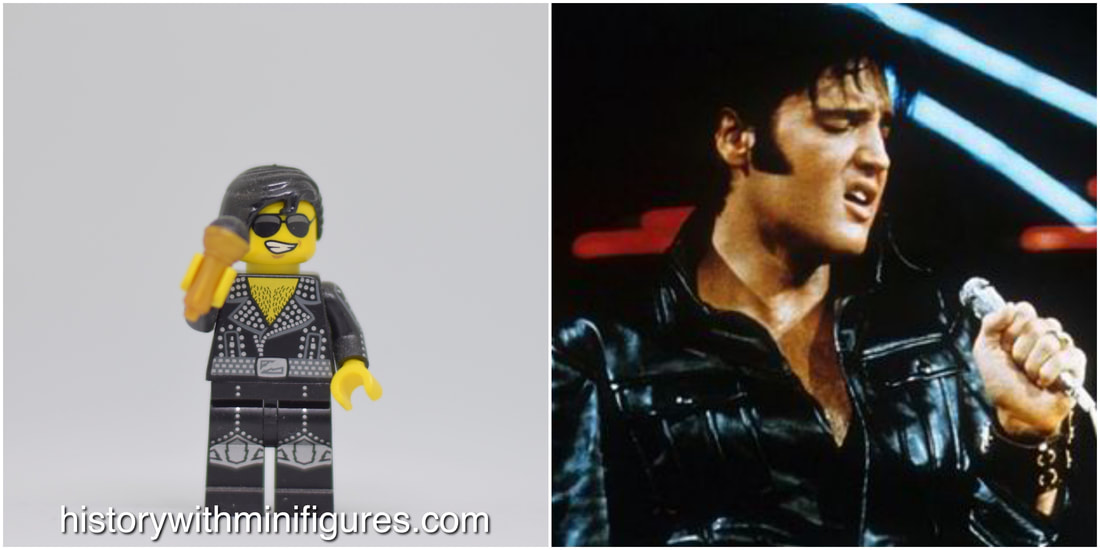 Date: 19-07-1954
Elvis Presley or "The King of Rock 'n Roll"  as he is often referred to was born in 1935, Tupelo, Mississippi. He might be the first popstar the world has ever seen. Thanks to his swinging music (and hips), he is also one of the most successful artists ever. During his lifetime he has sold over 500 million records and after his death these sales doubled.
His first song was "That's Allright". This song was recorded and produced at the famous Sun Records studio by Sam Philips.It was released on 19-07-1954 and though it wasn't a hit directly, it later became a very populair song. His first real hitsingle and number 1 in the charts, was in 1956: "Heartbreak Hotel".
After serving in the army between 1958 and 1960, released a couple of songs and movies but didn't perform any live shows. In 1965, Elvis made a comeback starting with "The Comeback Special, live in Las Vegas".
His popularity throughout the years took a toll on him and combined with a prescription drug abuse and weight gain , severely compromised his health.
Elvis died very suddenly in 1977 at Graceland and was only 42 years old.
A few populair Elvis song that can be found on YouTube.

The Million Dollar Quartet: (from left to right) Jerry Lee Lewis, Carl Perkins, Elvis Presley and Johnny Cash.
Did you know?
Elvis had a jam session with Jerry Lee Lewis, Carl Perkins and Johnny Cash. Together they were called "The Million Dollar Quartet". A assembly of the first immensely populair musicians of the famous Sun Records Studio.
Location:
The Sun Records studio is in Memphis, United States
Get more info on Wikipedia.
Next minifigure