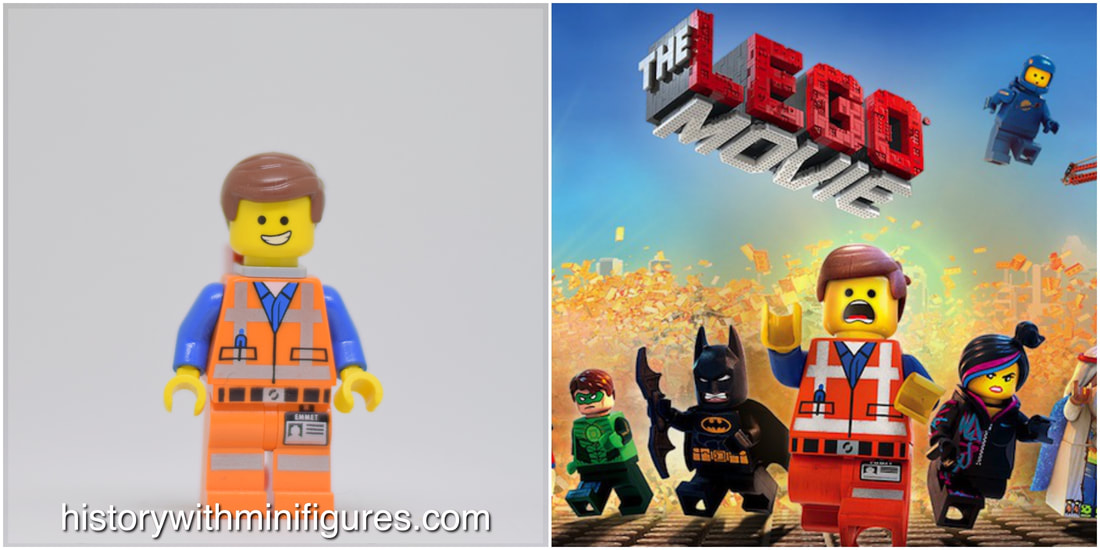 Date: 01-02-2004
Emmet is the main character from the first ever movie about LEGO®: The LEGO Movie. Would Ole Kirk Christiansen, when he started the LEGO Company, have dreamed about a animated movie about LEGO?
In this movie, a "regular" minifigure called Emmet (together with his friends Wildstyle and Batman)  has to save the world from the Lord Business. The evil owner of OCTAN.
The LEGO movie premiered on 01-02-2014 in Kopenhagen, Denmark. Being a movie completely done with CGI, it costs nearly 60 million dollars, and 15 million virtual bricks, to produce this adventure.
The movie became a huge succes world-wide. With over 470 million dollars in tickets sold, a Golden Globe for Best Animated Movie and an Oscar nomination for the theme song "Everything Is Awesome". ​
Did you know?
Although completely computer-animated, it was purposely made to look like a stop-motion video!
Location:
The LEGO movie premiered in Kopenhagen, Denmark.
Get more info on Wikipedia.