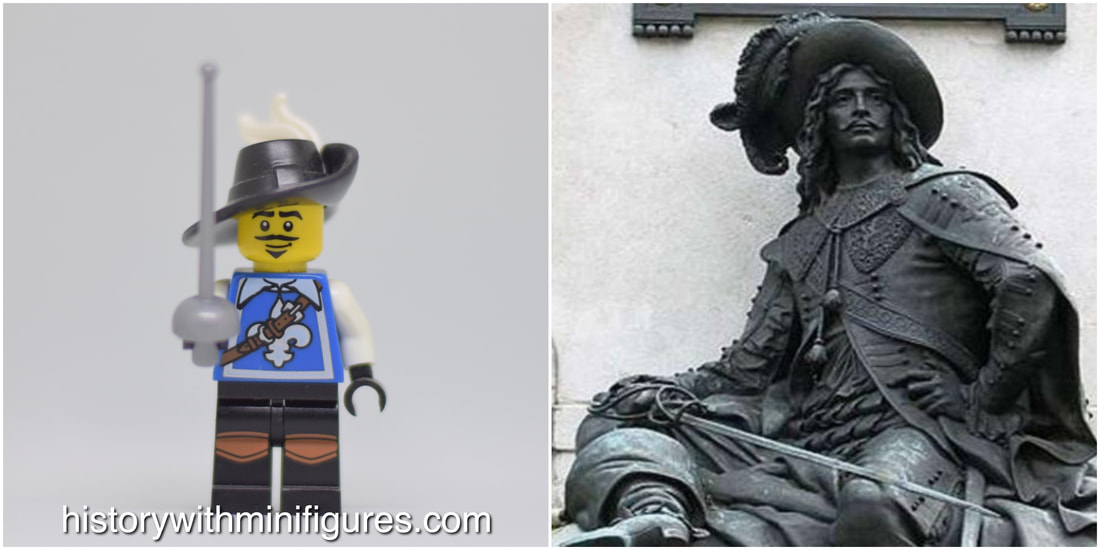 Date: 1667
"One for all, all for one!"  ​is a famous catchphrase from the book "The Three Musketeers" by Alexandre Dumas who tells the story of three formidable musketeers by the name of Athos, Porthos and Aramis who are joined by a young man called d'Artagnan.
But did you know that d'Artagnan was actually a real musketeer? His full name was Charles de Batz de Castlemore d'Artagnan. The musketeers at that time were an elite corps who served the French Kings.
In 1667 d'Artagnan became the captain-luitenant of the Musketeers (the official captain was King Louis XIV). During this time the French were in war with the Netherlands and in 1673, d'Artagnan was 62 years old, he was sent to Maastricht to fight the Dutch. When storming the ramparts of Maastricht (even being the effective leader, he was still in the thick of fighting), he was hit in the throat by a bullet from a musket and died instantly.
Being a brilliant, brave and legendary captain, the nation was shocked by his death and even King Louis XIV was grief-stricken and wrote to his wive:  "Madame, I have lost d’Artagnan, in whom I had the utmost confidence and who merited it in all occasions."
Did you know?
The catchphrase "One for all, all for one!" is also the (unofficial) motto of Switzerland?
Location:
Maastricht a city in The Netherlands.
Get more info on Wikipedia.
Next minifigure