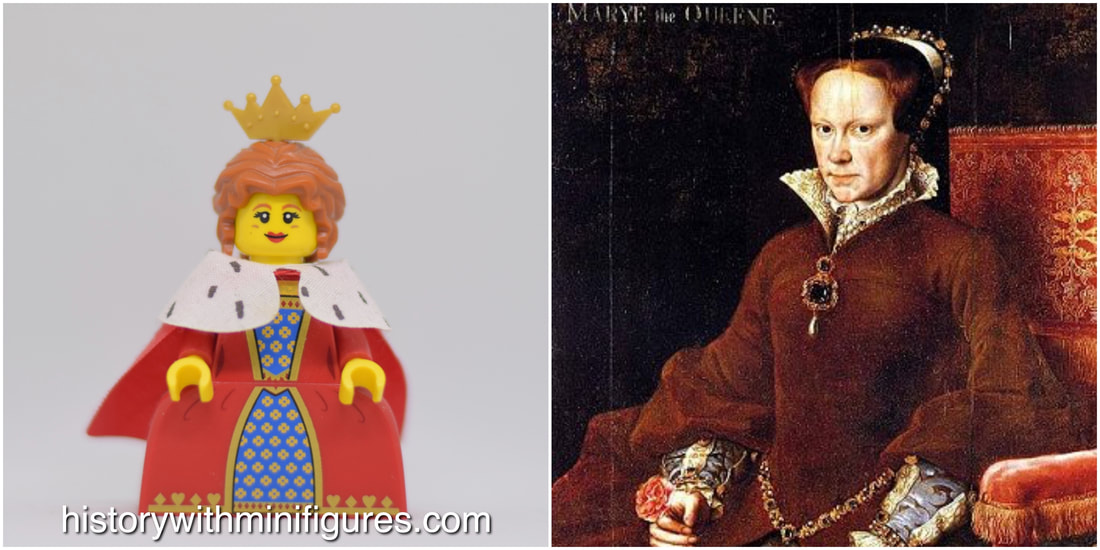 Date: 01-10-1553
Although Mary I was the first child of Henry VIII, it took 7 years after the death of Henry before she was crowned as Queen of England. Her predecessors were Edward VI, son of Henry, but he died very young. Then came Jane Grey, she was named by Edward as his successor sidestepping Mary. Jane being a committed protestant and was willing to continue the Reformation of the Church of England.
Mary was a devout Catholic but quickly gained a lot of support throughout England and the nobility. Jane Grey lasted only nine days on the throne before Mary took over. With Jane going down in history as the "Nine Day Queen",
Mary was crowned on October 1st 1553 and is commonly acknowledged as the first Queen of England.
She "earned" her nickname "Bloody Mary" because her reign was a bloody one. She vigorously attempted to revers the English Reformation and during her five year reign, she burned around 280 protestants at the stake (including a 60-year old Archbishop).
She was succeeded by Elizabeth I, daughter of Henry VIII and Anne Boleyn, who continued the English Reformation.
Did you know?
The famous cocktail Bloody Mary is named after Mary I? Because the main ingredient is tomato, this drink has a blood red color.
Location:
Mary I was crowned in 1553 at Westminster Abbey, London.
Get more info on Wikipedia.
Next minifigure