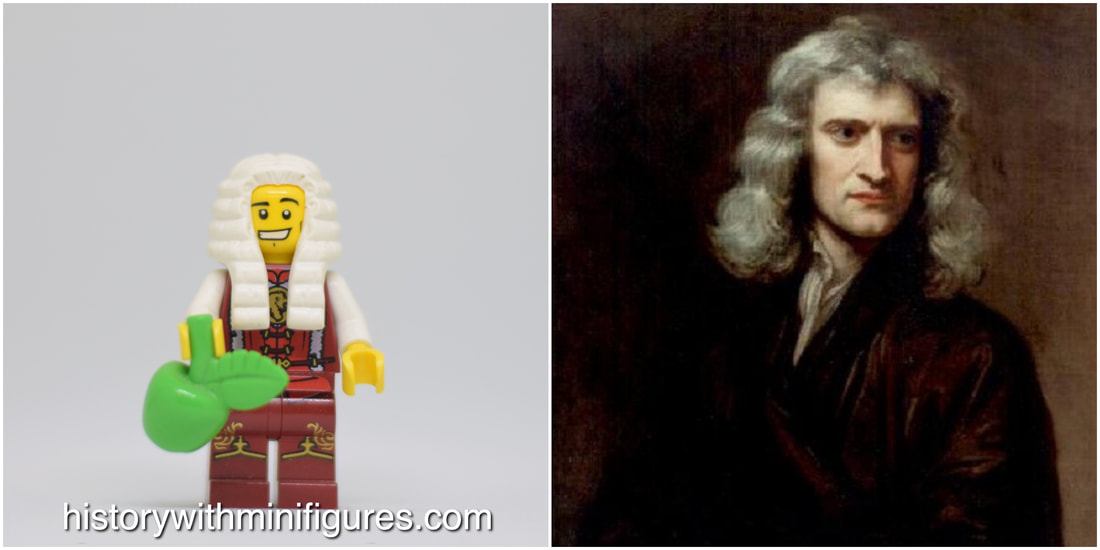 Date: 05-07-1687
Isaac Newton was a multi-talent like Leonardo da Vinci and Nicolaus Copernicus. Being a mathematician, physicist, astronomer, theology and author. Newton is one of the greatest mathematicians and scientist of all time. For instance he proved, by using a prism, that light consists of many colors.
In June 1687 Newton published his "Philosophiae Naturalis Principia Mathematica" or in English: "Mathematical Principles of Natural Philosophy".  Over 500 pages long and written in less than 2 years, this book outlines three basic laws of nature and are the foundation of modern physics. ​Nowadays these laws are known as "Newton's laws of motion": 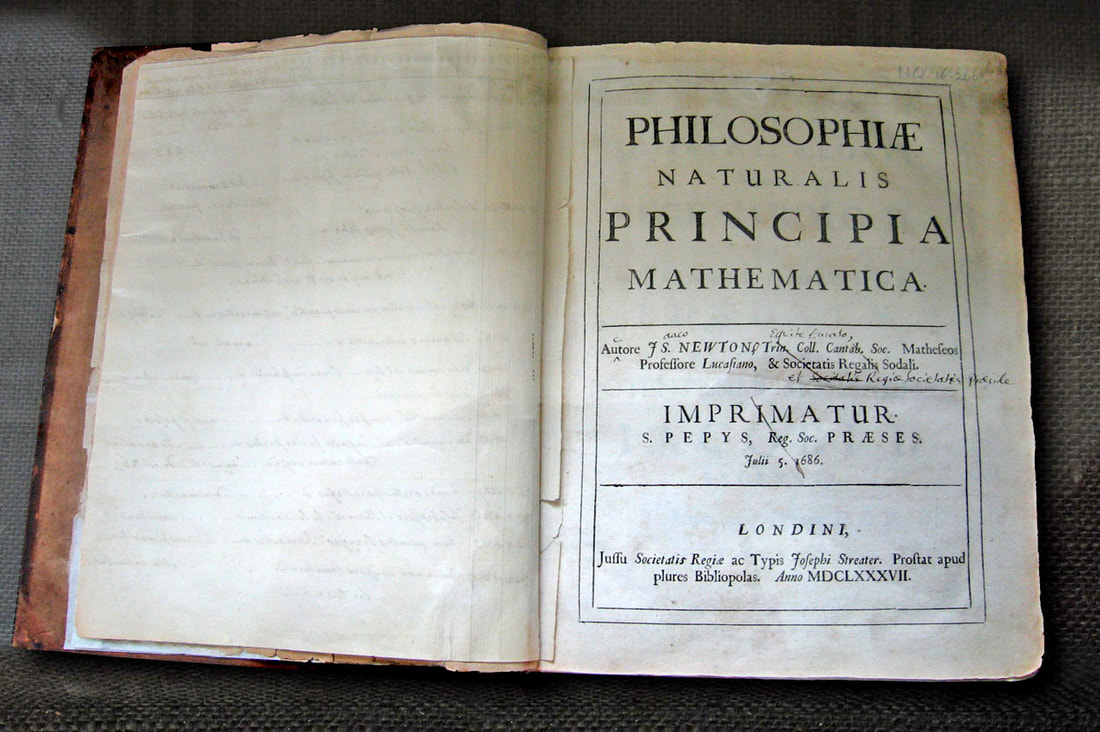 Newton's own copy of his Principia, with hand-written corrections for the second edition, in the Wren Library at Trinity College, Cambridge. (CC BY-SA 2.0)
The most famous story (although largely considered a myth) about the inspiration for this book goes something like this:

On a sunny afternoon, a young Isaac Newton was sitting under an apple tree, pondering life, when suddenly an apple fell on his head. This led to Newton wondering why objects are always falling straight down and this was the start of his studies of motion which eventually led to  "Mathematical Principles of Natural Philosophy". ​

Did you know?
​In 2005 Newton was named the most influential physicist ever, only just passing Albert Einstein, by the British "Royal Society of London for Improving Natural Knowledge. Quite fitting, because Newton used to be the chairman of this society from 1703 to his death in 1727.
Location:
Isaac Newton was a professor at the University of Cambridge.
Get more info on Wikipedia.
Next minifigure